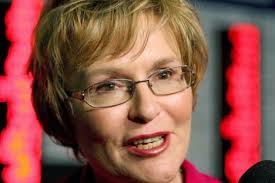 For the past six weeks, the news has been dominated by vandalism against statues and violence against foreign nationals.

The first morphed into the second, as tends to happen when people are looking for diversions from the real issues hindering our country’s development after two decades of democracy.

The latest diversionary cycle began with statues.  It was the picture-perfect media issue: the simplistic morality play (good vs evil) complete with protests, posturing, spattered paint and poo, and propelled by hashtags on social media.

Which is not to say that statues are unimportant.  They are.  We need to have memorials, icons and place names that everyone can relate to. Conversations about whether and how to incorporate the symbols of the past into our attempts to build an inclusive future, need to happen, frankly and honestly.

But that was not the intention of the #RhodesMustFall movement.  It was meant to be a platform for diversionary grandstanding, which led to the defacing of statues countrywide (including one of Gandhi) and culminated in a group of students storming a Council meeting at the University of Cape Town, chanting “one Settler one Bullet”.

This act of intimidation occurred at a time when foreign nationals were already being attacked and killed in various parts of the country, spurred on by a speech that Zulu monarch, King Goodwill Zwelithini made at a “moral regeneration” meeting.  Speaking from a written text, the King called for the deportation of foreign nationals, who he accused of depriving South Africans of economic opportunities.  Edward Zuma, the President’s son, was quick to support the King, and the violence fanned throughout the country.

Even in the damage-control exercises of recent days, there has been a complete failure to address the issues that underlie the crisis our country faces.  These issues are too difficult to raise.  They require us to venture into unmentionable areas through barricades of political correctness.

This is why, as we commemorate Freedom Day 21 years into democracy, we cannot talk about the real reasons that so many people either cannot, or will not, use their freedoms to build a better life, while blaming their plight on those who do (often in far worse circumstances).

Small wonder that in this climate, a crucial development occurred almost unnoticed, within the confines of the Parliamentary Portfolio Committee on Justice and Constitutional Development. I am talking about the deletion of “Clause 11” from the Child Maintenance Amendment Bill.  I do not recall a single article reporting on this crucial setback to transformation in our country.

The inclusion of “Clause 11” was considered a major victory for those (including the DA Women’s Network) who have waged a tireless campaign to give our maintenance system real “teeth” to ensure that defaulting parents at least comply with their financial obligations to their children (even if they neglect them in every other way).

At the start of deliberations, all parties in the Portfolio Committee agreed that “Clause 11” would mandate the blacklisting of maintenance defaulters following a finding by a maintenance court that the parent is in arrears.  The threat of blacklisting, it was agreed, would give children a higher place in the “pecking order” of payment than is currently the case, because many absent parents place their own lifestyle above the basic needs of their offspring.

The only dissenting voice was one ANC member, the Hon Bhongo, who objected to Clause 11.  The other ANC members agreed with the DA that it was a necessary accountability measure.  This represented a rare victory for bi-partisanship.  Or so we thought.

Three weeks later, the ANC members of the Committee had changed their minds and fallen in behind Bhongo to reject Clause 11.  Their reason?  They argued that the measure would be used to target and tarnish the image of black men!  The race-card default can be relied upon every time.

The Committee clearly ignored all the public comment on the Bill except for a single paragraph in the COSATU submission which said “we view this [Clause 11] as more of a punitive measure which not only affect (sic) the concerned child but siblings as well who are dependent on the defaulter”.  I am unsure what this means.  The only logical interpretation is that a maintenance defaulter living a new life with a new love and kids, should be entitled to dodge responsibility for the offspring of previous liaisons.

And so we are back to the comfortable status quo for the thousands of parents (not always men) who happily make babies but refuse to accept the responsibilities of parenthood.

If we are serious about identifying real barriers to “transformation” in our country, this would be the place to start.  But for many people it is too difficult to mention, because it can so easily be manipulated into a “race issue”, as the Hon Bhongo demonstrated, thereby silencing his critics.

And there is nothing like the race-card to set the wheels of denial and delusion rolling. If anything should bring us to our senses, it is the statistics, published in The Argus last week.  Just consider their implications:

Although it is difficult to correlate the stats in point 2 and 3 above, I assume this can be explained by the fact that, even if a child is growing up in a female-headed household, the father may still be “present” in their lives, in some way, but living separately.

These statistics were provided in a “side-bar” to an article about 27 men who have formed a new organisation, called “Fathers on the Move” to provide role models of good parenting. It is a welcome, if tiny, start, facilitated by three other organisations:  Salesian Life Choices, the Treatment Action Campaign, and Doctors Without Borders.  Good for them.  Their initiative dovetails well with the DA’s focus on greater accountability for maintenance defaulters.

This issue of responsible parenthood should be front and centre of our debate on how to redress the legacy of apartheid and remove the barriers to real transformation.

To be sure, apartheid must carry a great deal of the blame for the erosion of the family structure in black communities, decimated by the pass laws and other measures.  But this “migrant labour” system continues to this day, entrenched in the conventions of tribal land tenure, that require family members to remain on their rural land if they wish to retain access to it.

Thus men move to the cities or the mines, and their wives often stay behind, just as it was under apartheid.  Instead of being dismantled, this system is being reinforced by the Zuma administration to retain the loyalty of traditional leaders, as they continue to lose votes in the cities.

The DA is the only political party drawing attention to these core issues.  And the “Values Charter” we will release at our forthcoming Federal Congress will give the necessary attention to the importance of building and maintaining family structures if South Africa is to succeed.

Inevitably, the usual band of “outrage manufacturers” is trying to associate the DA’s position with that of the “family values” movement of the conservative hard Right in the United States.  This is just another way of creating a diversion from where our focus should be.

Families matter.  They do not necessarily have to be constituted in traditional ways, but they do need to form a stable structure within which children can be raised, so that they can learn from a very young age, the connection between cause and consequence, and values such as personal responsibility, care, loyalty and commitment.  Without a foundation of these values, no individual or society can develop in peace and growing prosperity.

And no government can replace the role of the family. Adults who choose to make babies do not have an opt-out clause.

The ANC refuses to face this fact, probably because too many of their own caucus members are trying to outsource their parenting responsibilities to the state. This is the only inference one can draw from the fact that Bhongo’s objection to holding maintenance defaulters accountable was so strongly supported by a majority of his caucus colleagues.  And COSATU (that represents employed people) should be ashamed of defending the lifestyle interests of irresponsible adults above the needs of their children.

Yes, these are all politically incorrect things to say, but they have to be said.  As the headline grabbing poo-throwers of South Africa would know, there is no way of picking up a turd at the clean end.

We have a lot to do to clean up our act in South Africa if we want our democracy to succeed.  And the place to start is by avoiding the temptation of denial and scape-goating.  Let’s, for once, focus on the issues that will set us on the difficult road to real transformation.