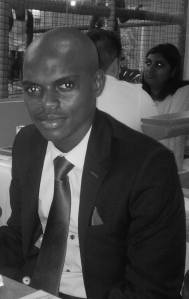 Hollowed and tattered soul of mine, may you withstand the fires of injustice.
They have come for you and your fellow citizens.
Friends of trickery. Enemies of truth and integrity.
Masters of hopelessness. Champions of destruction. Avoiders of success.
Successful excuse makers. Makers of tragedy shielded by smiles of promises.

Each spoken word, intended to mask, to siphon the truth, to corrupt celebrated floetry of the Constitution of the Republic.
These are owners of libellous tongues. They label truth tellers as doomsayers.
Commanders of authoritative voices. Voices that sow divisions for destruction.
Offenders of justice. Crass souls of personal opulence.

With every injustice inflicted on our souls as citizens, retreating from public discourse seems the only preservation of sanity. It seems the only saving grace for the sorrowful heart. Hollowed souls needing infusion of hope, optimism for the Promised Land, retreat to isolation from the world. This retreat justifies the injustice. This retreat legitimises the acts of our wrongdoers.

These are abusers of trust. They are trusted by force of habit.
Wreckers of happiness. Believing only they can control people’s joy.

They are holders of beauty in their hands. Hands undeserving, hands used to carve violence to a nation’s consciousness; hands that craft brutality on the moral fibre of a beautiful nation. Unscrupulous and vile souls can never, with their hands, craft our dreams as masses as we do nothing but beg for the restoration of our humanity, our dignity, our being, our collective embrace of a just world for all. The epoch of their belief in their own lies has arrived. Myths are being draped in legs of truth. Citizens are being bended on the altar of the misinformation pool.

Citizens bended on their knees, mistaken to be succumbing and praising those who torture their souls. Never. Like the truth, citizens will bend but never be broken. The passage of time guarantees that truth shall stand, rise, resurrect and lead unchanged in meaning. These bended citizens too shall rise, save their deferred dreams, reclaim the glory of their nation; recapture the soul of the land of their forefathers. These citizens, not today, not tomorrow, maybe not in my lifetime, will have their truth restored, their humanity sanctified and immortalised.

At first these citizens will be told they are misled by their ignorance. They will be brandished as foolish and ungrateful for their course of action, as they demand to reclaim their nation. These citizens will trudge on, reaffirming that ‘May they forgive our naivety for thinking we are advocating on the side of truth and justice.’ These citizens know that indeed the wheels of justice not only turn slow, they get stuck, they are violated and vandalised by those who stand to lose the day justice arrives. Justice may be delayed but it shall not be denied, it shall dawn upon us and our future generations.

Hollowed soul of mine and those of my fellow citizens, may we be bended but never lose a shred of our humanity. May we be bended in order to be restored. Resilient spirits of fortitude, vision and clarity on their demands have walked ahead of us in an era that now resides in history. Courage and commitment we gain from their lessons, their journeys, their struggles and sufferings. We will retreat, only to regroup. We will fall only to rise. We will bend only to resurrect in truth and justice. We will wail only to birth joy. We will be despondent only to ferment the seeds of a rebirth. We will bear scars only to reclaim the soul of this nation. We will stand accused only to save and never sacrifice deferred dreams.

Those who preside over us have become part of our enemies. They have become traitors. Their time too shall come – it is being born and made. The remaking of a new Republic begins, the struggle is enjoined. The people must lead themselves to Nirvana.