I know no other life than life in the ANC. The ANC is my life – President Jacob Zuma 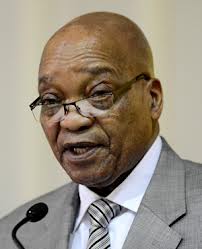 It is in this context that I said at the KwaZulu-Natal ANC conference on the 7th of November 2015 that the ANC comes first.

I love the ANC. It does not mean I love my country less. But, I know no other life than life in the ANC. The ANC is my life.

The historic mission of the oldest liberation movement in the continent has still not been completed.

For 103 years the ANC has been engaged in a mission to liberate South Africa first from the yoke of apartheid colonialism, and now from poverty, inequality and unemployment. The ANC continues to pursue the mission of building a united, non-sexist, non-racial, democratic and prosperous South Africa, a National Democratic Society.

To this day the ANC remains the only viable tool in the hands of our people that can be used to achieve their total emancipation.

The ANC is also continuing its mission of uniting not only its members but all South Africans.

Our glorious movement is also pursuing its mission of building a South Africa that is able to contribute meaningfully to the achievement of a better, peaceful, democratic and prosperous Africa as outlined in the African Union’s Agenda 2063.

For the ANC to fulfil this historic role, it must renew itself and enhance its determination, resolve and tenacity to fight negative tendencies and restore the core values and principles of our movement – unity, selflessness, sacrifice, collective leadership, humility, honesty, discipline, hard work, internal debates, constructive criticism and self-criticism and mutual respect.

In this regard, the ANC must rise to the occasion and lead society and the country in general to a better life.

More importantly, the ANC must lead South Africa to economic freedom for the majority especially, and including the youth, women and persons with disability.

Given the global economic meltdown and its impact on our country, South Africa needs a focused ANC to provide direction.

I reiterate and reaffirm that the ANC comes first. It must come first to all members so that we can together, build an ANC that can and will continue leading this country effectively and ensure that the dividends of peace and freedom are enjoyed by all, especially the poor.

I shall continue using the ANC as an instrument of making my country a better place to live in for all its people, black and white, men and women, young and old.