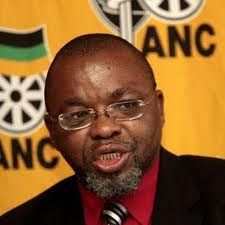 ANC has full confidence in the Minister of Finance

The African National Congress has noted the reports in the media concerning the Minister of Finance and issues related to the South African Revenue Services (SARS). It is the view of the ANC that the complex and difficult work that has been done by the President and Minister since December to date, including during the Budget Speech, have restored the confidence of our people in the economy and brought about stability. The ANC commends Minister of Finance and his team for the hard work and the energy that they invested thus far. We further reiterate our full confidence in the Minister and his team for the work they continue to do.

It is unfortunate that there are now initiatives that are intended to undermine this work, reverse the gains our economy has made and have a destabilizing effect in the long term. We are extremely concerned that 4 days before the Minister delivered the Budget Speech, questions from the Hawks were sent to the Minister. The timing of these questions indicates clearly that there was intention to distract the Minister during this important time. It is even more disconcerting that these questions were leaked to the media. In our view this is a well calculated destabilization plan with all the elements of disinformation, falsehoods and exaggerated facts.

The ANC has reliable information on the individual leaking information to the media and will be engaging the person in this regard. In the event that the Hawks have anything to investigate related to the Minister and SARS, it would be in the best interest of our country if they did so professionally, using the correct channel and procedures and not seek to conduct a trial through the media.