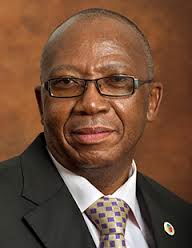 Maphatsoe said they had had extensive business relations with the Gupta family.

He said they appreciated the voluntary business relations with them.

“We are not captured and we encourage others to come and do business with us,” he said.

Maphatsoe said when there were questions surrounding the Gupta-Glencore deal, the association called the Guptas and “sat down with them”.

He said they were satisfied with their explanation. He said the only reason there was a “revolt” against them was because they were stepping into white business territory.

“When companies, especially the blacks… want to touch into this area … there will be revolt. This thing of seeing a revolution against the Guptas is because they are touching a nerve to say it’s not business as usual,” he said.

Glencore agreed to sell its Optimum coal complex to Tegeta for R2.15bn in December after the operation had gone into bankruptcy protection because it claimed it was locked into an unprofitable contract.

Tegeta is controlled by the Gupta family, whom President Jacob Zuma describes as his friends.

The Guptas are also in business with Zuma’s son, Duduzane, who, according to Tegeta’s share register, received a stake in Tegeta three weeks before it bought Optimum.