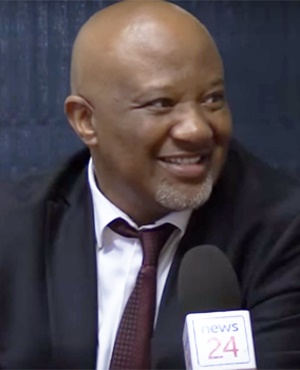 No to ‘big man’ politics

Finance deputy minister Mcebisi Jonas has invoked the spirit of deceased struggle hero Raymond “Oom Ray” Mhlaba to lash out at the personality cults he says have taken over in the ANC.

Jonas said Mhlaba worked to unite and build the ANC and there was a lack of such leaders in the party and its alliance partners today.

Jonas recently revealed he had been offered the finance ministry Cabinet post by the controversial Gupta family.

The former Eastern Capebased politician delivered a rousing speech on Friday night at a gala dinner in the East London City Hall to commemorate the contribution of Mhlaba to the struggle.

Mhlaba, a former workeractivist who spent many years on Robben Island with Nelson Mandela, became the first premier of the Eastern Cape after the 1994 democratic elections.

A statue of the late stalwart will be unveiled in Fort Beaufort next year.

Jonas said there were no longer leaders of Mhlaba’s calibre in the ANC.

“As a unifier, [Mhlaba] would be shocked by factions that are costing us [as a party], working against and undermining each other. He would be disappointed over [the rise of personalities in] our transition, how strong personality cults are.

“He would be disappointed by the extent to which communities rallied around a ‘strong man’ leader.

Jonas said jockeying for political office among slatebased factions had destroyed the unity the ANC once prided itself on. “And what role has business played, in terms of state capture, the use of political office and state organs at various levels to benefit certain patronage networks?

“More than ever, we need our leaders to become exceptional to put the country and the movement above their (own) narrow interest.”

Jonas said Mhlaba belonged to an era when the people were everything and individual interests were secondary.

“He was the leader of the ANC, SACP and a trade unionist. He combined all of these three. Unity became central. Sometimes contradictions arise [that] may compromise unity. Oom Ray transcended all those rules without causing any tensions.”

During Mhlaba’s era, said Jonas, the Eastern Cape was central to national politics but this was no longer the case.

If Oom Ray was alive, he would probably be happy because service delivery was happening despite the challenges. But the veteran would be sad at the extent at which the ANC was divided.

Jonas said Mhlaba would be happy with the thriving democracy in the country.

“He will be happy democracy is thriving but he cannot be happy because through our utterances we rubbish some of these institutions [of democracy]. Most of the watchdog institutions get rubbished every day.

“These watchdogs are crucial. Media is crucial no matter how hostile it is. Because it represents public opinion, in a sense if public opinion is weak, democracy collapses.

“We have robust and vibrant watchdog institutions, judiciary and media. Our Constitution is supported and enforced, and we have developed a culture of strong public opinion. Civil society remains strong and vibrant, and the youth are mobilising around progressive issues.

“Yet, at the same time, I’m sure he would be disappointed with some reckless utterances which undermine the legitimacy of these institutions.

“The extent to which we are responsive to popular voices is not sustainable.”

Jonas said he wished there could be more civil society organisations to raise issues affecting communities.

He said in its current form Black Economic Empowerment only favoured the elite and not destitute communities.