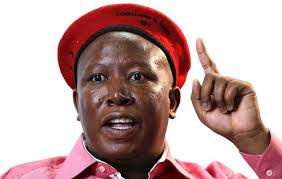 Ever wondered what our MPs are earning and who earns the most?

As a leader of a minority party‚ the Economic Freedom Fighters leader Julius Malema earns R1‚222‚606 a year or R101‚885 a month‚ according to Africa Check.

The highest-paid members of Parliament are National Assembly Speaker Baleka Mbete and her counterpart in the National Council of Provinces (NCOP)‚ Thandi Modise‚ who each earned a whopping R2‚716‚798 a year as of April 1 2015‚ according to the government gazette. That averages out to R226‚400 a month.

Their salaries‚ according to Africa Check‚ are the same as that of Deputy President Cyril Ramaphosa.

Cabinet ministers get R2‚309‚262 a year‚ or R192‚439 a month. Not a bad salary if you can get it – especially if you take the occasional nap‚ as the EFF‚ who seem to have taken on the role of Parliament’s nap prefects‚ accused minister of international relations‚ Maite Nkoana Mashabane‚ of doing during a debate in April on whether President Jacob Zuma should be impeached.

The house chairman comes next on the pay scale. This is currently Cedrick Frolick‚ who earns R1‚765‚935 a year.

The leader of the opposition‚ Democratic Alliance leader Mmusi Maimane is also among this group. Their monthly average works out at R124‚516.

Africa Check says it sent a number of emails and made multiple phone calls to the office of the parliamentary spokesperson to find out what benefits MPs receive over and above the annual remuneration listed in the government gazette‚ but parliament had yet to respond.

Africa Check noted however that a report by the People’s Assembly information website in 2014‚ listed a number of “perks” that MPs were entitled to‚ according to parliamentary spokesman‚ Estelle Randall. These included “86 single economy-class air journeys‚ accommodation in parliamentary villages‚ airport parking‚ reimbursed allowances for travel costs between airport and home and travel facilities for dependents‚ according to the policy for travel”. Parking in the parliamentary precinct‚ a fully equipped office in the precinct and an information and communications technology allowance were also included.

Who is earning what at a glance: