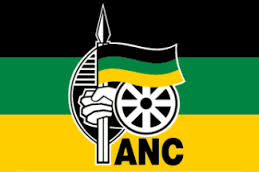 The cliché that when one wants to get the job done one must give it to a woman may be dismissed as women empowerment stretched too far but in the case of Ugu District Municipality, that is what it took to turn a local entity on the brink of collapse into a viable one that delivers services to the community.

When Comrade Ntombifikile Gumede was redeployed from being mayor of Umdoni Local Municipality to head Ugu District Municipality in 2011, many saw the appointment as a promotion but little did she know that the municipal coffers were dry – not even a cent was available to deliver services.

The finances of the municipality were in dire straits to the point where Gumede’s predecessors had borrowed R60 million from the Development Bank of South Africa (DBSA) to try remedy the financial situation.

As a result of the unavailability of funds, Gumede was forced to spend months in office in a non-operational municipality.  But instead of giving up and accepting the financial status quo, the leadership  sort to change it by introducing cost cutting measures.

“It’s not easy that soon after your appointment, you reduce employees’ car allowances, cut out lunches when there are meetings and instruct everyone to fly economy class,” said Gumede.

She said the situation was so dire that she would feel the need to enquire should she notice a new cup had been purchased – she would want to know where the finances to buy the mug came from.  Even the use of municipal vehicles was closely monitored.

Forcing everyone to tighten their financial seat belts, Gumede says, produced tremendous results.  She said even though it was difficult in the beginning, the municipality managed to deliver basic services, their greatest successes being building a much needed road in kwaMbuthuma, water supply at Mhlabashane and several other basic services the municipality provided.

Makwetu said whereas many municipalities had been deemed to be in a hopeless position five years ago in terms of audit outcomes, the number of clean audits had improved from 13 to 54 out of 278 municipalities, while the number of disclaimers had decreased, from 84 to 29.

“We would like to recognize the considerable effort that has been put into this by SALGA, the National Treasury, as well as the Department of Co-operative Governance and Traditional Affairs, in addressing the root causes of the disclaimers, he said.

Again, Comrade Gumede and her collective know well the results of working together with other government departments and bodies that Makwetu credited because as she says they also contributed tremendously in Ugu’s turn of financial events.

It may have been a difficult start for the leadership of Ugu but they has a lot to celebrate as five out of six of Ugu’s local municipalities received a clean audit in the 2014/2015 municipal audit outcomes; Umdoni, Hibiscus Coast, Ezinqoleni, Umzumbe and Umuziwabantu.

It’s not only Ugu that celebrated the audit outcomes but also the ANC welcomed the increase in the number of municipalities receiving financially unqualified audit opinions.

The ANC’s spokesperson Zizi Kodwa said the results were a welcome indication that despite the challenges many of the country’s municipalities faced – there have been notable improvements in governance and financial management.

Kodwa said the results dispel the notion that South Africa’s municipalities were dysfunctional and poorly run.

An additional eighteen municipalities, according to Makwetu’s Audit Outcome, also achieved clean audit status, bringing the number of clean audits in the current period to 72.

The ANC in its 2016 Local Government Elections Manifesto has committed to ensuring that those deployed in municipalities are capacitated and have the requisite skills.

The ANC’s Manifesto also reemphasizes its commitment to the Batho Pele principles, and on getting the basics right, which the AG notes is key to restoring good governance.

“We as the ANC are confident that this positive trend will be sustained after the August elections; once again we affirm that our track record for service delivery and municipal governance speaks for itself, as this report by the Auditor-General affirms,” says Kodwa.