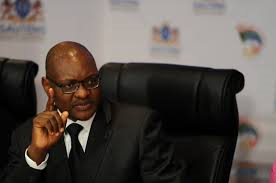 Makhura says ANC will win all municipalities in Gauteng

Gauteng Premier David Makhura says he is confident that the African National Congress will win all metros in the local government elections.

“We take note of what was put out there‚ but we are driving our polling‚ our own campaign and our own strategy.

A recent Ipsos poll found that the ANC was neck and neck with the DA in Johannesburg and Tshwane.

Makhura‚ who is also the deputy provincial chairperson‚ said had the ANC not taken steps to calm down the situation in Tshwane‚ the province would lose votes on 3 August.

“Part of the reason why we are intervening in Tshwane is precisely because we knew that if we don’t intervene‚ that will harm the ANC’s prospects‚” he said.

Most parts of the city had been rendered inaccessible due to road closures‚ looting of shops and the torching of vehicles during protests sparked by the announcement of Thoko Didiza’s selection as mayoral candidate.

“The intervention is not to an imposition by the NEC [national executive committee]. In fact‚ we went to the NEC as the PEC (provincial executive committee) with specific alternative names than those we knew would cause more problems… and we are unanimous with our national leadership that comrade Thoko Didiza will be the best leader‚ cadre‚ to move that city forward‚” Makhura said.

Meanwhile Didiza said the ruling party was talking to community members who weren’t satisfied with her candidacy.