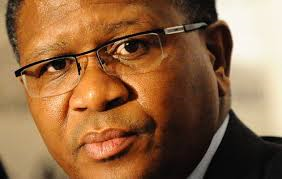 Details of a plot to kill Police Minister Fikile Mbalula and harm his family and his adviser, Bongani Mbindwane, have emerged in a leaked document.

But Mbalula warns he will not be deterred from cleaning up the police force.

“I am shocked and extremely disappointed that this has gotten this far. I have been aware of work environment difficulties, but did not think they would escalate to this potential lawlessness.

“I will not be deterred from cleaning up the SAPS and professionalising it,” he said this week.

In the document seen by The Sunday Independent, a source revealed axed acting national police commissioner, Khomotso Phahlane, a former Hawks boss and a suspended crime intelligence head, are working together in an underground operation to oust Mbalula from office and frustrate operations in his ministry.

Phahlane was axed by Mbalula shortly after he took office while a court ruling set aside the appointment of the former Hawks head.

According to the source, the three men known as “Big Three” worked vigorously on an operation, Project Wonder.

They are said to have infiltrated Mbalula’s ministry, targeting different departments. One target is deploying “key senior police officials” to certain positions and removing those closely linked to Mbalula. It is also believed they intended to approach former police commissioner Bheki Cele to solicit his support.

There are also allegations the “Big Three” attempted to cover up a request by Mbalula for a lifestyle audit on one of the “senior police officials” they earmarked for a top position.

There were also allegedly efforts to implicate Mbalula in the murder cases of North West businessman Wandile Bozwana by planting women in his office.

In May, Phahlane and McBride faced off in Parliament over an Ipid probe against the top cop.

“McBride’s access is seen as problematic,” a line in the report concerning the Bozwana case reads.

A time line shows how Mbalula at one point allegedly ordered that his office and key staff members be debugged.

“The minister’s family, including his wife and children, have been threatened. Threat levels against the minister are extremely high, inside and outside (the police force),” the source said, adding Mbalula’s advisers were allocated protection after their lives were threatened.

However, the real worry has been allegations that police officer and Umkhonto weSizwe Veterans Association member, Colonel Smangaliso Simelane, is behind the assassination plot.

The report stated that Simelane, who was also implicated in an alleged plot to kill Prasa chairperson Popo Molefe, this year, has cases against him pending.

It is said he has met National Director of Public Prosecutions Shaun Abrahams in a bid to get charges dropped.

The suspended crime intelligence boss is said to be so in fear of Mbalula that he is working hard to fast-track the project.

It is alleged he told President Jacob Zuma to remove Mbalula.

Claims against the top cop include that he re-enlisted a retired operative as a warrant officer to work on Project Wonder.

“The minister is seen as unsupportive of Mothiba being a permanent national commissioner. Mothiba and Simelane are controlling secret funds deployed to remove Mbalula,” the source said.

The report also cites plans by Zuma to reshuffle cabinet again next month and that Mbalula and Finance Minister Malusi Gigaba are likely to be casualties.

“Mbalula’s presentation on corruption at the ANC Lekgotla in July has been seen as his Achilles heel,” the source said.

Mothiba said they were spurious, baseless and utterly untruthful.

Commenting on the matter, Mothiba’s spokesperson, Major-General Sally de Beer, said the acting police commissioner reports to Mbalula and interacts with him regularly.

Phahlane, on the other hand, said he was not aware of such a document. “I know nothing about such a (plot)… and have no relationship with the people referred to.”

He added that he would not be associated with any underhand or undercover operation.

Simelane also denied knowledge of Project Wonder or of any plot.

Mbindwane confirmed the threats. “There are threats on myself due to supporting my minister in the work he is doing. But I can only say that at this stage.”