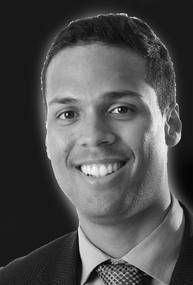 Don’t be fooled into believing that the Zuma/Gupta morass will disappear after the ANC’s elective conference in December.

There is a striking disconnect between analysing all the issues that South Africa must contend with and trying to forge a meaningful solution to these complex, multidimensional, intersectional and often intractable issues. It would be short-sighted to think that there are simple and quick solutions to these complex issues.

South Africa’s structural and societal issues extend far beyond the morass of the Zuma administration – an administration that has done nothing meaningful to tackle those issues but instead often is the cause of entrenching those issues and has in fact given rise to a toxic culture of impunity that makes it even harder to provide real solutions to South Africa’s problems.

The recent reshuffle by President Jacob Zuma is another reminder that not only is South Africa governed by an administration that has very little regard for South Africa’s present or future but that this 75-year-old man is not only disruptive but is the greatest threat to our republic. Jacob Zuma is not simply the Imperial President or the Disruptor-in-Chief but rather Zuma, and everything that he represents and has come to represent, is the greatest threat to our well-being and future.4

In the wake of this realisation, we must accept that finding solutions to this type of problem is not easy and even if they were, those answers or solutions would not easily be implemented or executed. We may hope that those solutions are obvious and easily accessible but we must remember that we are dealing with a system that cannot be curtailed or managed through logic and reason.

The structural and societal challenges that perpetuate issues of inequality, poverty and unemployment should concern all South Africans. Yet, this conversation is often forgotten or neglected. This is illustrated in our inability to deal with these issues, which often erupt into the spotlight after the publication of a painful and devastating human story such as the events that continue to unfold in Marikana, Philippi, on the Cape Flats of Cape Town. In the face of this complex and intractable issue, we seem unable to even talk about meaningful solutions. We must acknowledge that we are failing to do so as a country, as government, as business, as civil society and also as citizens.

State Capture and the Zuma administration exacerbate these issues. However, our inability to articulate or even think about these issues will condemn millions of South Africans to lives of hopelessness and suffering. There are no simple solutions. However, we must remember that in certain instances we must do more and there may be quick wins. For instance, if we look at social housing, there is an important fight for the symbolic location of integrated social housing projects across our cities. We must support that symbolic fight but not forget that there is an entire system that needs confronting and changing. There is an even more critical conversation needed to ensure that social housing does actually become integrated and that it allows South Africans to access opportunity and services. That fight will take time and we must commit our efforts to the short-term solution but also the long-term.

The solution is a complex one as our cities and towns cannot be transformed in one quick swoop but there must be a real commitment to striving for these solutions. The answers to our issues should never be about appeasement or about delaying the reality but we collectively, but also individually, have to start championing these causes. We cannot rely on some third entity, often in the guise of a bombastic politician, to drive this conversation because this is about correcting, disrupting and changing the social compact that South Africa is rooted in.

We need to carefully consider how our tax base and rates base is utilised and whether instead of spending billions on certain capital projects (that are often rooted in ego, sometimes narrow party-political interest or the desire by some to build their legacy), how we can redirect the public purse to serve a truly disruptive and transformational agenda. There must be a collective demand to address the complex issues. Where necessary, to secure quick wins such around issues of sanitation that can be addressed and solved, we must begin the work of motivating that we spend our funding correctly by ensuring that it is aligned to the right type of planning rooted in an open, engaged and honest conversation with communities.

South Africans should not be fooled into believing that the Zuma/Gupta morass will disappear after the elective conference of the African National Congress. The recent shuffle by Zuma should act as a reminder to all of us that the man that has been entrusted as our President serves a particular interest and he will not be coerced, influenced or convinced that he needs to start serving the republic. The shadow state that has been propped up by various “leaders” since the ascension of Zuma are not simply going to go quietly in to the night. The fight for South Africa’s very heart and soul is just beginning and that fight will not simply conclude at the ANC’s elective conference in December.

Instead, South Africans will need to start engaging in a very hard conversation around how we are able to not simply arrest the decline but how best do we start introducing the changes that will begin to not only shift the conversation. This is the only way that we can reprioritise our energy, resources and efforts to correct the damage that has been done under the Zuma administration but also begin dealing with structural and societal issues that have often been overlooked.

This battle will require a new type of partnering. A type of partnering that South Africans last witnessed in the dying days of apartheid and the early days of South Africa’s democracy. However, we should be reminded that the compact or partnering had its flaws and we will need to be meticulous and deliberate if we are going to present South Africa with a meaningful, real and transformative alternative to the morass that we are currently all drowning in.

One thought on “How do we arrest the decline in the country in the post-Zuma era? – Andrew Ihsaan Gasnolar”