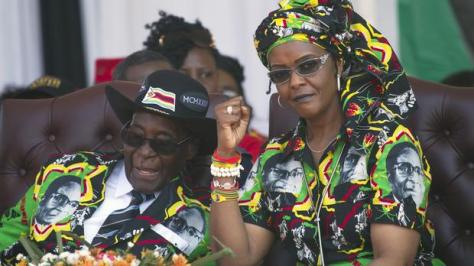 Zanu-PF Central Committee on Sunday fired Zimbabwean President Robert Mugabe as the party leader. This was made easier because the opposing Mugabe faction is in hiding in fear of the military and arrest.

The announcement was followed by loud cheers and ululation from members of Zanu-PF, who had deliberated on the decision.

The party has in the meantime appointed former vice president Emmerson Mnangagwa as the interim party leader.

Mugabe’s axing as party leader follows hot on the heels of the vote of no confidence passed by Zanu-PF’s 10 provincial co-ordinating committees (PCC) on Friday.

They called on him to step down as president of Zimbabwe and president and first secretary of the party, saying he has lost control of the party and government business due to “incapacitation stemming from his advanced age”.

The party also accused Mugabe of allowing the formation of cabals run by his wife, Moyo, and Kasukuwere. Kasukuwere and Moyo have been in hiding at Mugabe’s private Borrowdale mansion in Harare since the military took control of the country last week.