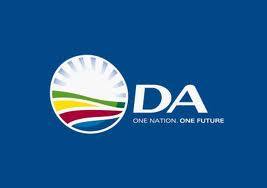 Today, the DA submitted an application in terms of the Promotion of Access to Information Act (PAIA) at the offices of the national Department of Water and Sanitation (DWS) following Minister Nomvula Mokonyane’s refusal to release the Blue and Green Drop Reports to the South African public. The Minister now has 30 days to make these reports publically available, failing which she needs to provide cogent reasons for denying millions of South Africans this report. Her reasons for delaying have not been satisfactory to date and we have every confidence that any reasons would be based on undue political considerations.

The Minister has repeatedly indicated to Parliament that these reports are complete, but instead of releasing the reports she has provided nonsensical excuses and evaded responsibility and transparency.

Specifically, Minister Mokonyane has on several occasions told Parliament that these reports are complete:

Our Constitutional Bill of Rights states that everyone has a right to have access to sufficient water and a right and to an environment that is not harmful to their health or wellbeing. Indeed the failure of the ANC government to properly manage water is a likely contributing factor to the current situation. In a time where water is so scarce and government has had to institute water restrictions and water-shedding it is critical that we know all the reasons that have contributed to the water issues plaguing the nation.

Furthermore, it also clearly states that everyone has the right of access to any information held by the state provided it is not classified information.

In a speech delivered at the release of the first Blue Drop Report in May 2009, the then Minister of Environment and Water Affairs, Buyelwa Sonjica, stated that the report was aimed at equipping the public to keep the relevant authorities accountable.

“It is very important that every citizen understands what we are doing here today so that we can raise public awareness and get our citizens to take charge of their own destiny,” she said.

It is now clear that under Minister Mokonyane’s watch these programmes have suffered because of the ANC’s attempts to hide their poor record of municipal governance. The DA also suspects that the withholding of these crucial reports is based on nothing more than an election tool by concealing the failures of ANC governments across the country.

The 2013 Reports – which were also withheld by Minister Mokonyane – detailed the successes of the Democratic Alliance in the places that we govern and the Minister is likely attempting to keep this information away from the people of South Africa ahead of the 2016 Local Government Elections (LGE).

In fact, given our country’s founding values of accountability, responsiveness and openness, the DA should not have to PAIA these reports and the Minister should be taking proactive steps to ensure that information relating to water issues are readily available to affected communities.

Last week, Minister of Cooperative Governance and Traditional Affairs, Pravin Gordhan, announced that all municipalities were asked to report to his department within one week the extent of the drought and water shortages they are facing. We appeal to Minister Gordhan to also make this information available to South Africans as soon as possible, as well as detailing the steps taken by the government to address the shortages.

Various reports point to the fact that our water infrastructure is in such a poor state, largely due to a lack of political will at local government level. ANC councilors are more interested in short terms expenditure, than long term planning and ensuring that our communities have water infrastructure that can serve them for decades.

We implore the Minister to release the water reports immediately and not to abuse the prescripts PAIA to delay them any further.