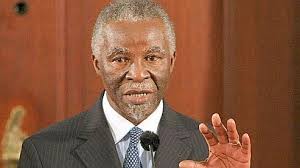 It is obvious that when the ANC became a ruling party in 1994 we could not foresee and prepare for all the challenges the organisation would face in terms of its work.

Part of what happened was that with much of our leadership deployed in the state executive structures, the legislatures and the administration, these could not pay as much attention to work in the ANC as they used to.

At the same time there was now the demand that in addition to its normal tasks as a political organisation, the ANC had to grapple with the challenge to elaborate policies and programmes relating to government work.

Of course this was made more demanding by the fact that this government work entailed the transformation of South Africa from an apartheid state to a democratic Republic.

The situation demanded that not only should we increase the frequency of NEC meetings but also that we encourage everybody to apply their minds to all the tasks we had to carry out so that the widest variety of views possible so that we emerge with the best possible policies.

Fortunately the whole process which had taken us through the negotiations to end apartheid rule, through the adoption of such policy documents as “Ready to Govern” and the “Reconstruction and Development Programme”, the selection of candidates for the 1994 elections, and so on, had meant that the leadership had to encourage wide and open discussion within the ranks of our organisation and broad democratic movement.
This built on a long-held view within the ANC about how it should conduct its work.

However, despite everything I have said, the media began to report that there was growing dissatisfaction within the ANC because I particularly, as President of the ANC, was suppressing open discussion and dissenting voices within the organisation.
Sello Moloto was elected Limpopo ANC Provincial Chairperson in 2005. Like all such Chairpersons, this made him a member of the ANC National Executive Committee (NEC), which he then began to attend.

For the first few meetings he kept quiet, presumably to familiarise himself with how the NEC conducted its business.
When he finally made his maiden statement, it was to make a startling observation. He said that some members of the NEC who were present at the meeting, some of whom he mentioned, had repeatedly told him that President Mbeki in particular did not allow for open discussion and debate at NEC meetings. This resulted in the general practice in the NEC of the suppression of dissenting views.

Sello Moloto continued to say that he now had the advantage that he was participating in an NEC meeting. His direct observation was that contrary to what he had been told, there had been absolutely no suppression of any view at the meeting, despite the fact that various conflicting views had been presented.
He expressed his profound concern that an absolute falsehood he was convinced had originated from within the NEC had gained currency in the media, presented to the public as a true reflection of how the NEC conducted itself.

Nobody stood up to contest what Sello Moloto had said. And perhaps needless to say, nobody also stood up to apologise for having deliberately gone out of the way to feed Sello with false information.

Nevertheless, undoubtedly some of us at the meeting recalled the unpleasant instance three years earlier, in 2002, when the NEC had occasion to engage one of its members, Jeremy Cronin, about his communication of fabrications concerning the workings of the NEC.

In a 2002 interview conducted by the Irish historian, Dr Helena Sheehan, Cronin had said, among others, that, “there is bullying of the left” in the Alliance, and that “there are tendencies now of what some of us refer to as the Zanufication of the ANC. You can see features of that, of a bureaucratisation of the struggle…”
He added that “I was increasingly marginalised by an emerging leadership, the Mbeki leadership, within the ANC itself… Blade (Nzimande, SACP General Secretary) and others and myself…we’ve been through a tough several years in the NEC. We’ve been marginalised, shouted down, subjected to heavy presidential attacks on us, beginning with Mandela and so forth. We’ve stood our ground, but it’s been hard.”

The ANC NEC took exception to these Cronin comments and discussed them, in Cronin’s presence, at its meeting held in August 2002. The NEC Bulletin issued after this meeting said:
“The NEC re-affirmed the democratic practice and political discipline of the African National Congress following an extensive discussion of an interview given by NEC member, cde Jeremy Cronin, to Irish historian, Helena Sheehan.”
In this context the Bulletin said: “The NEC reaffirmed the right of every member to raise and debate issues with and within the structures of the movement, and reiterated that it is impermissible for any member to discuss ANC internal issues outside of its structures.”

It also said that the Cronin comments and the interview “carried distortions of organisational history, policies and resolutions of National Conference and decisions of previous NEC meetings, and was an attack on the leadership of the movement.”
It then reported that “the NEC received an unqualified apology from cde Jeremy Cronin on the contents of the interview…Cde Cronin undertook never to repeat such an offence. The NEC severely reprimanded cde Cronin and reserved its right to take firm action should there be a repeat of such transgressions of accepted conduct by any NEC member.”

However, what the NEC meeting did not explain or clarify was why Cronin, Deputy General Secretary of the SACP and member of the ANC NEC, had found it necessary to communicate outright falsehoods about the ANC to Dr Sheehan!

As the ANC NEC elected at the 1997 National Conference began its work, it decided that the first item on the Agenda of all meetings of the NEC would be a “Political Overview” which would deal with current affairs and would be presented by the President. This was done.

The NEC would then spend many hours discussing the “Overview” before attending to other matters on the NEC Agenda.
After a number of NEC meetings I proposed that the NEC should delegate the presentation of the “Political Overview” to various members of the NEC rather than leave this matter in the hands of the President.

This was agreed and implemented for at least the two subsequent NEC meetings. This matter was then re-discussed and the unanimous decision was taken that the President should resume the responsibility to present the “Political Overview”, which was done.

At the NEC sessions when the “Overview” was presented by other NEC members, I made it a point to speak last, to avoid inserting my views into the debate before all members had had their say, being very keen that all points of view should be canvassed and debated freely.

At the end of the second of these sessions, members of the NEC argued and agreed unanimously that we should again have the President present the “Overview”.
The members stated that because I had spoken last when the “Overview” was presented by other NEC members, this denied them the possibility to engage the views of the President who, speaking last, had, in some instances, advanced a perspective which nobody else had presented.

And so, as a result of this NEC decision, throughout the years I served as President of the ANC, I presented the “Political Overview” at all NEC meetings, which enabled members of the NEC to engage in an open political debate, without let or hindrance, freely challenging things I might have said with which they disagreed.

The only opportunity I had to respond to what had been said was to conclude the discussion, after all members of the NEC who wished to speak had spoken.

It was after listening to this “Political Overview” and witnessing the subsequent vigorous and comradely discussion that Sello Moloto spoke out against the propagation of the fabrication that open debate in the NEC was and had been suppressed.
Even as he spoke about the ‘shouting down’ of SACP members of the NEC, Cronin had been exposed to similar experience since 1998. The question remained – for whose benefit did he find it necessary to communicate fabrications about the functioning of the ANC NEC?

Despite everything the ANC had said publicly during 2002 arising out of the Cronin matter, on December 1 of that year one of our newspapers published an article entitled “ANC sets out to crush dissidents”, arising out of proposed amendments to the ANC Constitution which would be discussed at the then forthcoming 2002 National Conference.

This newspaper made bold to say that “The ANC wants to amend its constitution to crack down on dissent and rein in members who speak out against the policies of the ruling party…This is being seen as a further move by the ANC leadership to turn the screws on its left-leaning alliance partners, Cosatu and the SA Communist Party.”

Commenting on what lay behind the fabrications in this mischievous article, which were akin to the earlier false charges about “bullying of the left”, ANC TODAY said:
“Implicit in the article is the suggestion that members of the ANC should break the pledge they made when they joined the organisation, by defying the decisions of the movement, by standing against candidates of the movement, and by abandoning the discipline that has enabled the movement to remain united and effective over many decades.

“It is a call for ANC members to destroy the organisation.”