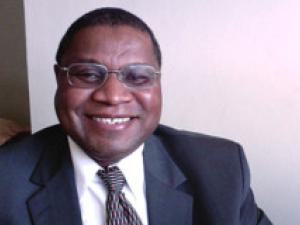 Writing a long judgment condemning both President Zuma and the National Assembly in a moot case such as Nkandla portrays bias, writes Paul Ngobeni.

Before the Constitutional Court (Concourt) Nkandla judgment President Jacob Zuma shared with many legal scholars, judges, practising attorneys and civil society leaders the view that the public protector’s findings were not legally binding.

When the court finally spoke on Zuma, the same individuals became the new apostles of constitutionalism calling for Zuma’s head.

Zuma apologised unreservedly for his actions based on erroneous legal advice. In contrast, his learned critics have deceptively hidden their original erroneous position and have now taken to the airwaves to falsely claim vindication and to call for his removal.

They are aided and abetted in this endeavour by the church leaders! Zuma can be removed based on gut-level reaction and political machinations within his party but it is just plainly wrong to hijack a court judgment in that enterprise.

Let us set the record straight.

In February 2015, the Law Society of South Africa (LSSA), which represents all attorneys and speaks nationally on behalf of the attorneys’ profession, convened a colloquium specifically to debate whether the public protector’s findings were legally binding.

On the panel were Deputy Minister of Justice and Constitutional Development John Jeffrey, Public Protector Thuli Madonsela, retired Concourt justice Zac Yacoob, deputy head of the School of Law at the University of the Witwatersrand Professor Mtende Mhango and the executive secretary of the Council for the Advancement of the South African Constitution, Lawson Naidoo.

With the exception of Madonsela, all the speakers agreed that the remedial measures of the public protector were “not legally binding” on anyone.

Justice Yacoob, the newly converted Zuma nemesis, observed that nowhere in the world are the ombudsman’s powers binding.

It emphatically stated that “recommendations by the public protector are steps suggested to remedy the maladministration and can never be binding.”

The position of these legal scholars and jurists was consistent with those of Judge Scheepers who similarly ruled that the “findings of the public protector are not binding and enforceable”.

It is a serious indictment on the legal profession, including thousands of ANC lawyers and civil society activists who are members of the LSSA that they maintained a stony silence when their professional body adopted an official position which has now been denounced by the Concourt.

Without disclosing their earlier concurrence with Zuma’s legal position, they have now joined the band-wagon of those claiming that Zuma is guilty of some impeachable or gross misconduct.

Legal scholars cannot, with any integrity, accept these self-serving, opportunistic and hypocritical intellectual gymnastics and gyrations. Undeniably, there was legal uncertainty at that time Zuma acted – it was not gross misconduct for the president to adopt the position he adopted before the SCA and later the Concourt clarified and changed the legal landscape.

Why did Yacoob as a recall-eligible judge sworn to uphold the law fail to advise the National Assembly and the president that they were skating on thin ice legally?

On what basis can society credibly argue that Zuma should have had the prescience to know the Concourt’s likely verdict when there were judges, scholars and activists wallowing in the same cesspool of ignorance?

Equally guilty are ANC legal heavyweights who are belatedly trying to extricate themselves from the morass by scoring cheap political points.Surely, the oath to uphold, defend and advance the constitution applies invariably to judges, attorneys and advocates. A belated single-issue campaign targeting Zuma solely on the basis of a court judgment adverse to our own legal convictions betrays political and moral bankruptcy of the worst kind.

Zuma’s enemies must not hide behind the Concourt judgment; they must have the intellectual integrity to admit they are using the judgment to whip up anti-Zuma and anti-ANC hysteria and nothing else.

Substantively, the Concourt judgment teaches us all a great lesson about our diversity of opinions and conflict resolution in our democracy.

It makes it pellucid that in the absence of a healthy dose of respect for the public protector and practical assistance by the powers that be, she would be frustrated in her duties to the detriment of our democracy.

members of the public would be reluctant to utilise her services if they perceived her to be a toothless bureaucrat whose remedial actions can be ignored willy-nilly.

That notwithstanding, there are multitudes of reasons why the Concourt’s decision must be viewed as a monumental failure of legal reasoning, miscarriage of justice and a disappointment for constitutional scholars.

The legal doctrine confronting the Concourt – but ignored by the court in the Nkandla case – is known as “mootness”. A case is a moot one if it seeks to get a judgment on a pretended controversy, when in reality there is none, or a judgment upon some matter which, when rendered, for any reason, cannot have any practical effect upon a then existing controversy.

Once Zuma conceded the EFF and DA applicants were entitled to the relief they sought, the Concourt should, notwithstanding its wider discretion, have dismissed the Nkandla case. Certainly, gratuitous writing of a long judgment condemning both the president and the National Assembly in a moot case portrays bias or political grand-standing.

The judgment fails to provide guidance to government departments and Parliament on resolving disputes between the public protector and state officials who may have plenary authority over certain matters. Succinctly, the executive and National Assembly were faced with conflicting constitutional duties in Sections 182(1)(b) and 198 respectively.

The strenuous insistence that they could determine for themselves what items were security-related proceeds from their views of their plenary powers under Section 198.

It omits entirely a mention of Section198(d) of the Constitution which unambiguously states that “national security is subject to the authority of Parliament and the national executive.”

Inexplicably, the Concourt discusses the specific constitutional obligation imposed on the president and National Assembly by section 182(1)(b) and (c) while ignoring the equally important constitutional duty to ensure national security under Section 198.

The Concourt stated that once Madonsela reported to the National Assembly its constitutional “obligation to take appropriate remedial action” can only mean compliance.

It concludes that when that report was received by the National Assembly, it effectively operationalised the House’s obligations in terms of sections 42(3) and 55(2) of the Constitution.

The Concourt paid scant attention to Section 198 under which Parliament has a superior constitutionally-derived and exclusive authority to determine for itself what are security features at the residence of the president.

Propagandists are free to simply view this approach as motivated by an unlawful desire to frustrate the public protector.

Throughout the world courts wroutinely rule against members of the executive and other branches of government but such rulings are not considered automatic impeachable offences mandating removal of public officials.

The moral of the story is that court judgments are limited to the cases being adjudicated upon and their implications must accordingly never be hijacked for political ends.

* Ngobeni is a legal expert.

22 thoughts on “Concourt erred on Nkandla ruling, it should have simply thrown out the case – Paul Ngobeni”