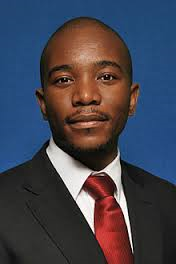 The following remarks were made by the DA Leader during a campaign stop in Tshwane, where the Party’s new jobs campaign was launched. The Leader was joined by Tshwane Mayoral Candidate, Solly Msimanga MPL.
On the eve of the biggest test of our democracy in the August local government elections, our country is facing another make or break test.

Our struggling economy is being scrutinised by ratings agency, Standard & Poor’s, and we should hear tomorrow whether we have been downgraded to junk status.

I’d like to commend all the South Africans who have worked so hard to avoid a ratings downgrade. Because even if we should eventually recover from such a massive setback, it will cost us many years which we simply do not have.

At the same time I’d like to condemn, in the strongest terms, the actions of those who have aggravated our situation by pursuing their selfish and cynical interests.

The ANC has mismanaged our country’s economy for far too long. And Jacob Zuma’s self-serving pursuit of our Finance Minister, his capture of our state institutions and his undermining of our Treasury has left us all in a very precarious position.

I appeal to the ANC, for the sake of the people of South Africa, to confine their internal politics to Luthuli House. South Africa simply cannot afford to be victims of the ANC’s destructive internal squabbles.

I also appeal to Standard & Poor’s to look at South Africa in a new light, given the looming elections. We are at the dawn of a new era in South African politics, and our political landscape will look different after the 3rd of August.

A ratings downgrade at this crucial juncture will have disastrous consequences for all South Africans.

In these next two months, I want each and every one of you to think very carefully about what that vote means. About what you will be voting for.

Because our country has reached a tipping point. We have almost run out of time to fix all the things that need fixing. We have reached that moment when our decisions at the ballot box will make or break our destiny.

You owe it to them to be absolutely sure about where you intend to put your X on that paper.

You owe it to them to ask yourself: What exactly will I be voting for when I choose a local government for the City of Tshwane?

The answer to this has to be “a government that will fight to create jobs for the half million unemployed people of Tshwane”.

You need to be absolutely sure what each party is promising you. And then you need to compare that promise to what they are capable of delivering.

Some people will come and ask you to vote for them because of what their party did in the past, before the fall of Apartheid.

These people will ask you to vote for them because, according to them, you must remain loyal no matter how badly they perform in government.

They will even try and convince you that you have to vote for them because you are black.

These people will tell you everything except that which really matters: How they plan to grow the economy and create jobs.

Others will come and ask you to vote for them simply because they are radical and revolutionary.

These people will make promises they know they can never keep. They just want to capture your vote without changing your living conditions.

But before you go to put your X next to one of them on 3 August, you must at least know what each party says about creating jobs.

Because local governments – and particularly the governments of our big metros – have a bigger role to play in beating unemployment than any other level of government.

Local governments create the conditions that make businesses either invest in an area, or look elsewhere to grow their business.

If a party wants to be the local government in one of our metros, then getting South Africans working has to be its number one focus. Because without a job, all the other election promises fall flat.

And that’s why, when you look at the DA’s election manifesto, it’s all about creating jobs.

It’s about creating an environment where businesses, large and small, know they can count on the local government to help their business grow.

The ANC’s manifesto contains no real plan to attract business in order to create jobs. So all we are left with is their dismal track record in government, where they have been shedding thousands of jobs in all their metros.

And the EFF’s manifesto looks like it was deliberately written to chase all investors away. No one will choose to start and run a business where the local government does not even recognise property rights and the rule of law.

If the EFF ever get to run a municipality, they will make today’s unemployment rates look like a walk in the park.

Once they’ve chased away the businesses, there will be no money left for housing and basic services. And there certainly won’t be money for the kinds of government projects that are meant to provide all these jobs.

Only the DA understands what is needed to turn our cities into job-creating investment hubs. Which is why the DA-run City of Cape Town has the lowest unemployment figures of all our Metros.

This is also why the DA-run Midvaal municipality has an unemployment rate that is less than half the rate of the rest of Gauteng.

And then they wonder why the people in places like Hammanskraal are angry.

Not only has the City of Tshwane lost 31,000 jobs, it has also lost billions of Rands to irregular, unauthorised, fruitless and wasteful expenditure. R3.6 billion in just the last year, to be precise.

And the other ANC-run metros aren’t doing any better. Nelson Mandela Bay lost R3.4 billion and the City of Johannesburg lost a massive R4.2 billion last year. That’s billion with a B.

When you look at the past five years of ANC government in our metros, the picture looks even worse. Between the ANC-run Cities of Tshwane, Johannesburg, Ekhuruleni and Nelson Mandela Bay, almost R20 billion was wasted or misspent.

The DA treats public money with the respect it deserves.

A DA government knows that every Rand wasted is one Rand less to spend on services in communities.

A DA government knows that the fastest way to kill jobs is through corruption and waste.

And a DA government knows that the same voters that hired you, can also fire you if you let them down.

On 3 August, the people of Tshwane have the opportunity to do just that. To fire the ANC government that has let them down and hire a caring and efficient DA government in their place.

People of Tshwane, the best time to have voted for a DA local government in your city was five years ago. But the second best time is right now.