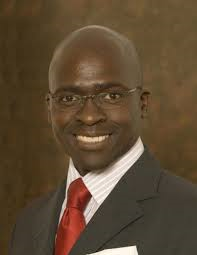 During a press conference this week Gigaba, who is now finance minister, said he granted the approval after an appeal process dating from July 2014.

But e-mail correspondence between home affairs and the Guptas’ right-hand man, Sahara Computers CEO Ashu Chawla, reveals that the department only requested documents from the Guptas in April 2015 – nine months after Gigaba claimed he had the paperwork that informed his decision.

On April 29 2015, home affairs official Ndifelani Dombo wrote to Chawla requesting the outstanding documents: “With reference to our telephonic conversation today please submit the following outstanding documents, motivation letter address to the Minister: to consider your application and family for section 5 (9) (early naturalisation), how you and your family are contributing to the South Africa’s socio-economic, the total capital invested in the country (RSA) …” 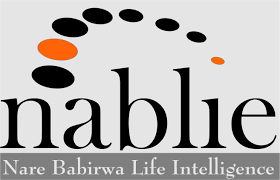 In January 2015, the official rejected the application of some Gupta family members citing non-compliance in that they had not lived in South Africa for five years and had been out of the country for more than 90 days at a time.

Five months later, in May 2015, Gigaba – said to have close relations with the Guptas – wrote to the family informing them of his decision to approve their application for early naturalisation.

This is despite the official, in his January letter, informing Atul Gupta and four other Gupta relatives that they would only be eligible to re-apply in December 2015.

The e-mails further detail how Atul and the others, four months after being granted South African citizenship, still had not surrendered their Indian passports.

Dombo had, in June 2015, requested the family to provide proof of this: “The application has been approved, when going to sign declaration of allegiance applicants must bring proof that they have renounced their Indian citizenship as India does not allow dual nationality,” Dombo writes to Chawla.

But it was not until September that Chawla asked the Indian consulate in Johannesburg about the process to follow in surrendering an Indian passport.

Immigration lawyer Gary Eisenberg said the question remained whether the family surrendered their Indian citizenship at all. He said when the family applied for naturalisation, they should have provided proof to the department that they had applied for a surrender certificate pending the outcome of the home affairs decision.

It is unclear from the leaked e-mails whether the family had submitted proof of their application to surrender their Indian citizenship and whether Gigaba had such proof when he approved the application.

“If you are then granted citizenship, you have to swear allegiance to South Africa by giving a certificate of surrender. That cannot be done before the approval [for naturalisation] is granted because you might be stateless if it is turned down. But you must give proof that you have made a surrender application,” said Eisenberg.

Neither home affairs nor Gigaba, the Guptas or the Indian consulate had responded to detailed questions at the time of going to print.